Is Google+ the Best Discussion Forum? 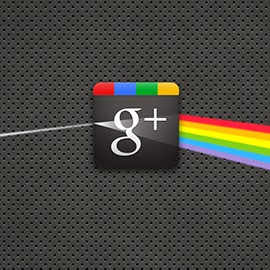 Google+ is trying hard to be what all forums (back when the internet was invented) have always hoped to be. Relevant. Forums and chat rooms have been around in one way or another since the internet was invented, but so has spam and an overwhelming amount of irrelevant material from prolific users and sharers. The idea behind forums being to share relevant information and start topical discussions has taken a backseat for years.

Overwhelmed with sales pitches and dancing animals? LOL? With so many different mediums now, it's almost impossible to know where to make your posts and read other people's posts, let alone get genuine advice. The biggest sites, such as facebook groups and LinkedIn face constant spam postings and self-promotion instead of being used as a tool for discussions. And for asking questions or seeking genuine advice, you will certainly receive replies that sell you something. I know that my inbox has become full of updates that aren't relevant to me. Is this perhaps where Google+ can step in?

Being the behemoth company they are and ranked #1 in the world, Google had an obligation to create something to challenge or better the existing forums out there. Google+, Google Circles, Google Hangouts, Google Talk, Google+ Communities - what is it all about?!
Well Google+ allows you to create a topic or community or discussion, and talk about it - the same as the other platforms. You can follow what you like, join in what you like, and see a whole host of recommendations for you. You can also have private and two-way conversations as it incorporates Google Talk network directly, as does Gmail. You can also use its instant messaging function, or one of the many IM third party services out there, such as Pidgin. If you want to interact by video or watch youtube clips as a group, then you can use Google hangout. This is essentially a chat session for up to 10 people, with the usual requirements of a webcam and microphone. To be used with select circles or users even.

Google+ Communities focuses on just that, the community. So instead of a category for film that includes documentaries and horror, it's broken down further to find what is relevant to you. You have the ability to create Categories within your Communities (but the Community itself has an owner), so you can drill down to issues that you're interested in, and avoid irrelevant material (and perhaps even less spam due to the 'moderator' function). Being Google there is high tech monitoring taking place, and repetitive content and multiple posts are weeded out and deleted, so this should keep your Community as spam free as possible - better for user experience. Then there is even a community for moderators, a group if you will, to report back on issues. This sounds like prefects in school, but if there are people willing to monitor and keep clean the Communities, then it should work.
Where facebook and LinkedIn groups fall down is control of the groups postings. The are also generic postings that discourage other members from joining discussions as they're not focused enough to engage people. The online community welcomes new platforms, and Google has recognised and embraced this. With millions of users and the easiest member engagement, could Google+ create value in forums rather than playing the numbers game? It's for the user to decide.

Do you use Google+? Do you find it a happier place to avoid spam and interact?
Let us know your thoughts! hello@hosteldoctor.com

Our mission is to help independent hostels effectively market themselves, through better design, brand positioning, photography and marketing awareness. See the difference we can make to your business, at the best prices.

We help hostels effectively market themselves through better design, brand positioning, photography and marketing skills. We have years of experience in backpacker marketing and know what works, and what doesn't.

Step in to our clinic and see what we can do for you. We offer all design and marketing services from your merchandise to content writing, and we'll even give you a diagnosis for free. www.hosteldoctor.com
.