Visiting Scandinavia on a backpacker budget 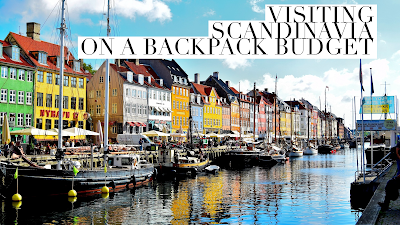 Visiting Scandinavia on a backpacker budget

With a reputation for beautiful people, designer interiors and an expensive bar scene, Scandinavia can intimidate backpackers – but don’t be afraid – there’s plenty of cool stuff to do if you’re visiting Scandinavia on a backpacker budget!

Scandinavia on a budget

If you’re yearning to see the wonders of Scandinavia then you don’t have to bring your own beers and live off pickled herrings – there is another way! Despite being pricier than their European neighbours, these icy countries have warm hearts and plenty of places that are budget friendly. We went in search of bicycles, saunas, ABBA looking people and trolls (the good kind…)

The Danish capital is as good looking as the people, with colourful houses lining the harbours, a cobbled old town and plenty of bicycles and boats. There’s something for everyone here whether you’re into palaces, a hippy alternative scene, partying or wooded parks. There are even beaches – yes beaches – easily accessible on the metro line (packed in summer but a little bit cold in winter). Copenhagen is a city that also offers some tranquility and nature near the city center as well as late night Tuborgs (the local beer that’s not Carlsberg).
Although the main sites, such as Tivoli Gardens from summer to Christmas, are expensive to pay for entrances, there are plenty of free museums and galleries, as well as cool places to walk and see, such as the ‘alternative’ neighborhood, or ‘free state’, of Christiania.

The main attraction here was the hippy settlement / marijuana smoking / artist community that has lived here since the 70’s, enjoying the lakeside setting and relaxed drug laws to create a community. The harbor area is also worth walking around – the most popular tourist draw is the picture perfect Nyhavn (New Harbor) where the houses are particularly brightly coloured and have formed the backdrop for movies such as The Danish Girl. Many of the key buildings such as the opera house and palaces can be seen from the waterfront too – get on your bike!

Read the whole article here at Famous Hostels
Posted by Hostel Doctor at 21:04 No comments:


If you want to hit the slopes but think it’s too expensive then think again – here are our best European winter sports destinations on a budget.

Did you know that Austria has some of the best ski slopes in the world? This famous spa town is also a winter sport mecca as one of the biggest ski resorts in the Austrian Alps. No surprises here that there are plenty of slopes and adventure sports on offer – and it’s easy to get to by train. The town has been famous for steaming away your worries in its medicinal waters since the 1800s and still has a well priced thermal spa where you can relax in the steam baths outdoors while watching the snow. You don’t have to be royalty to stay here either, with plenty of apres ski bars around town with generous happy hours and late open hours. What’s not to love?

This winter wonderland is located in between two beautiful lakes and in the shadow of the Eiger, Monch and Jungfrau mountains. A stunning town all year round, they offer plenty of action and adventure sports both in summer and winter season and we guarantee you won’t be disappointed! Highlights for winter sports including skiing and snowboarding (of course) and the more exciting night sledding (yes – after dark rushing down the mountain!), snow shoeing, or leave it all behind and go get yourself in a hot tub with a cold beer.


Read more at Famous Hostels
Posted by Hostel Doctor at 20:44 No comments:

Our mission is to help independent hostels effectively market themselves, through better design, brand positioning, photography and marketing awareness. See the difference we can make to your business, at the best prices.

We help hostels effectively market themselves through better design, brand positioning, photography and marketing skills. We have years of experience in backpacker marketing and know what works, and what doesn't.

Step in to our clinic and see what we can do for you. We offer all design and marketing services from your merchandise to content writing, and we'll even give you a diagnosis for free. www.hosteldoctor.com
.